A 7-COURSE SURPRISE MENU FOR LUNCH OR DINNER

Gordon creates a selection of dishes for each service working with inspiring seasonal produce from local suppliers.

If you have any dietary requirements, please discuss these with us when you book.

A 7-COURSE SURPRISE MENU FOR LUNCH OR DINNER, WITH WINE FLIGHT

Each of our surprise courses is paired with a wine carefully selected from this season’s wine list.

The easiest way to book is by telephone. You can also enquire about availability by email at: info@menugordonjones.co.uk
Please leave a contact number.

We are excited to be open again from the 19th May for lunch and dinner. It’s worth noting that we are closed on Sundays, Mondays and Tuesday, and generally have better availability mid-week. Thank you.

The restaurant can be booked for private events or receptions for up to 22 people. Please call us or email to discuss your requirements.

"I grew up in Buckie, Banffshire and money was tight. Everyone grew vegetables and cooked everything from scratch. But it wasn’t until I started writing menus and developing my own cooking style, I appreciated how much my upbringing had influenced my passion for food."

Gordon Jones was born in Birmingham but brought up in Buckie in Scotland. This is where he first started cooking with his Mum. She instilled a devotion to fresh home-grown ingredients, which is still the cornerstone of his approach.

Aged 14, Gordon began working in an Indian restaurant. This also influenced his cooking style, with an openness to flavours from across the world, particularly Asia. Since then he has trained with Michelin-starred Chefs, such as Martin Wishart and Martin Blunos, honing his skills as the Head Chef The Royal Crescent Hotel in Bath, before opening his own restaurant – Menu Gordon Jones.

In a 2017 review, Tom Parker Bowles of the Daily Mail wrote: “Jones has restored my faith in the tyranny of the tasting menu. A chef at the very peak of his considerable powers”.

Although recent television appearances on the BBC’s Great British Menu have brought even more attention, Gordon’s focus remains firmly dedicated to making Menu Gordon Jones one of the most exciting independent restaurants in the country. That means every dish is created and cooked by Gordon and his team at every service. As he often says – “It’s my name on the door.” 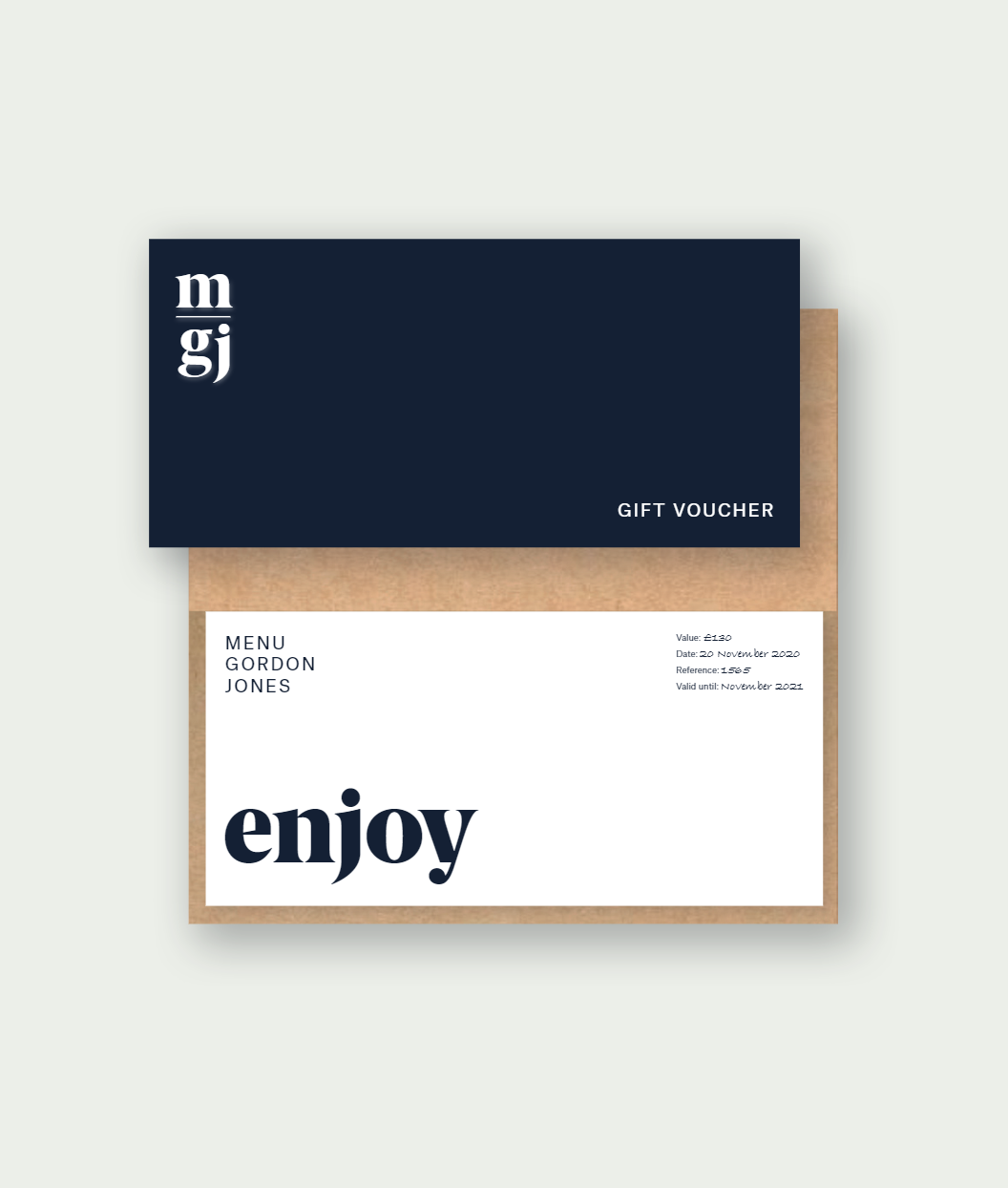 Gift vouchers are available as follows:

A 7-COURSE SURPRISE MENU FOR LUNCH OR DINNER

A 7-COURSE SURPRISE MENU FOR LUNCH OR DINNER, WITH WINE FLIGHT